Best All In One Inkjet Printer In India| Review & Buyer Guide

people use Inkjet printer mostly for there home printing needs. They work by propelling droplets of ink onto paper, as opposed to laser printers that use toner and are designed for high-volume printing in office or commercial environments.

What Is an Inkjet Printer?

An inkjet printer is a Printing Device that attach to your computer, laptop or any smart device through wire or Wifi. In Home, we use it for printing school or college assignments and in the office, we use it for printing documents related to office work. As Stated we do this printing with the help of wire attached to a printer or through WiFi Connectivity.

Inkjet printers give a better quality of printing on a slightly heavier weight bond paper than is typical in offices—24 lb. vs. 20 lb.—is desirable, that’s why it is good for home printing use. In addition, the paper explicitly designated for inkjet printers has a hard surface that prevents the colors from bleeding. The paper used in inkjet printers are a little expensive than office copier paper. With the Inkjet printer, you can print on high-quality glossy photo printing paper which is more expensive than even bond paper.

Inkjet printer roughly work with same mechanism since 1984 when HP launch its first printer. An inkjet printer creates an image by spraying tiny droplets of ink onto the paper. The print head moves back and forth as the paper feeds through a set of rollers. The complete image is built from many minuscule dots, like the pixels on a TV or phone screen.

How good the image will come after printing depend on the DPI ( Dot per inch) which printer use while printing , higher the DPI better the quality of printing will be. that Printing variation from 300-600( low DPI and 1200-1500(high dpi) printing. If you are printing regular office work like text then low DPI printing is sufficient but for photo realistic output or good quality printing high DPI is required. Instead of utilizing 64 dots per character like the dot matrix printer, the inkjet printer can spray up to 5,000 dots per inch! In fact, recent innovations have radically improved both printing speed and image clarity.

Typically, yellow, magenta (red), cyan (blue), and black are the most commonly used ink colors in an inkjet printer. Used together, they can reproduce most colors. Usually, each ink color is contained in a separate replaceable cartridge, but some models combine the inks into one cartridge.

Below are the Best All In One InkJet Printer 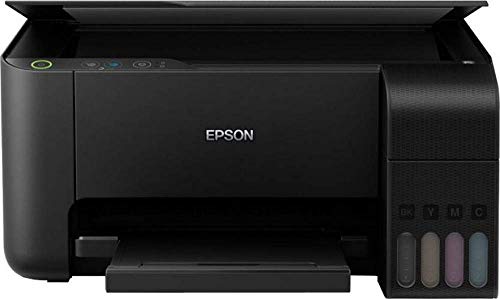 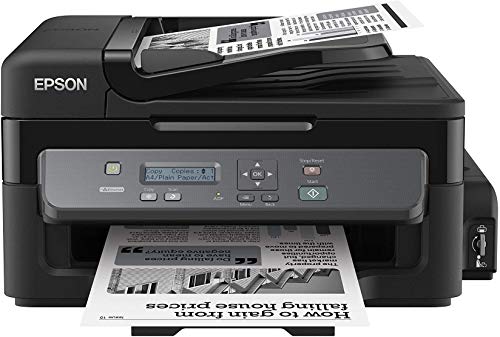 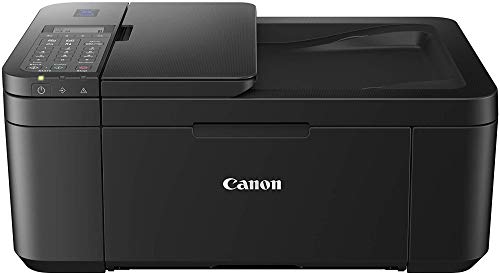 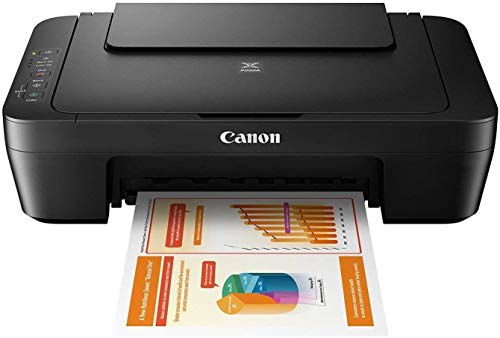 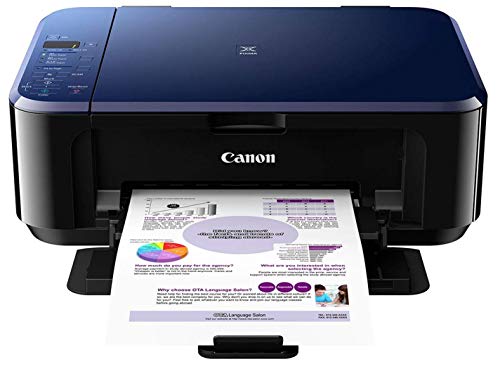 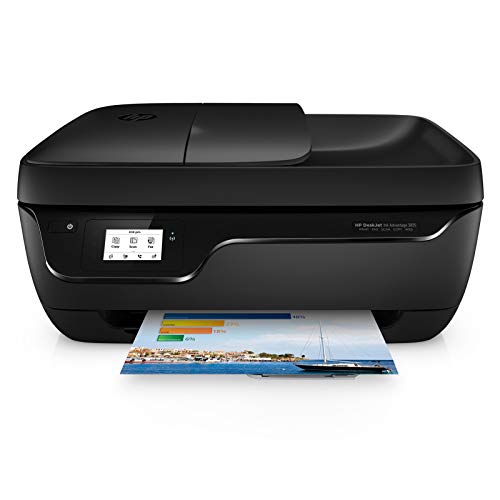 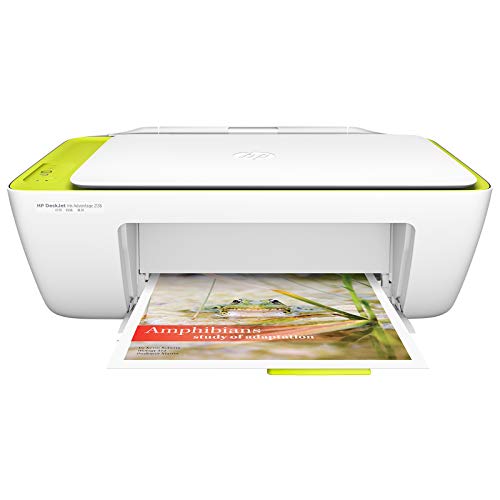 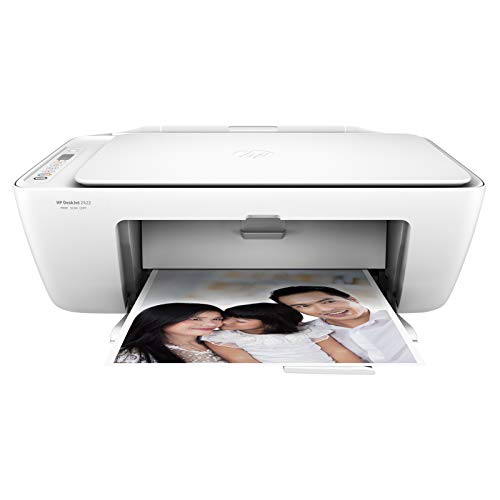 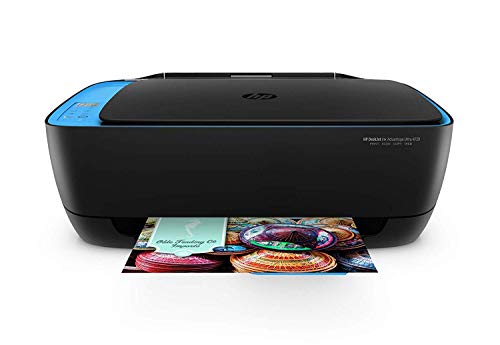 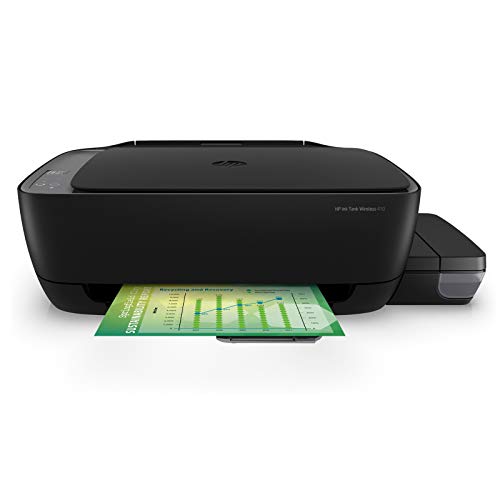 For the “boffins” amongst you who wonder how a sheet of paper we sell is compatible with such a huge range of printers, below we will discuss a short history and overview of inkjet printing technology. Here we are concentrating on the part of the process that sprays the ink onto the paper.

A series of tiny chambers in which each of the chambers contain a heater are instructed by digital command (computer) for ejecting a droplet of ink from each chamber. A pulse of current is passed through the heating element causing a rapid vaporization of the ink in the chamber to form a bubble, causing a pressure increase and propelling the droplet of ink onto the paper.

This Piezoelectric technology is known as piezo also which is developed by Epson and is used in most of the inkjet printer range. Some printer manufacturers also bought the license for making it as it is the most common technology for the commercial and industrial machines found in the market. Piezoelectric consists of an ink-filled chamber behind each nozzle instead of a heating element. When voltage is applied, the shape of the piezoelectric substance changes and generates a pressure pulse in the fluid, forcing a droplet of ink from the nozzle. As there is no requurement of volatile component Piezoelectric inkjet allows a much wider variety of inks than thermal inkjet and no such issue with the location. On the other hand, the print heads are more expensive to manufacture because of the use of piezoelectric material.

Subsequently, during paper is making for inkjet printing, a manufacturer only needs to make it compatible with only two types of technologies, used by a wide variety of printer manufacturers and their different models.

There is a fundamental difference between the two technologies in the way the ink cartridges are constructed and setup.

In Thermal printer system (HP, Lexmark) head of the print is integral with the ink reservoir meaning that when you remove and replace the old cartridge, you have to replace the print head as well. It also means that if there is damage to the print head, the cost of repair is essentially the cost of a new cartridge and does not require specialized care.

The head has to be replaced with every cartridge change because the deterioration it experiences due to the constant heat pulses in the printing process.

In the Piezoelectric system (Epson), the heads are fixed and are separate from the cartridge which is essentially an ink reservoir. Each time you replace a cartridge, you don’t have to replace the head. The head stays behind and is expected to stay there for the lifetime of the printer.

Although the Piezo printheads are considered long-lasting but the constant flow of ink through the same head can clog the print head with a deposit left time to time it is used.

Compatible cartridges made by third parties are more likely to cause clogging in the print heads than if only originals are used. It is essential to buy from a well accredited and famous manufacturer when buying a compatible cartridge for Epson therefore, which in some cases may even produce ink that is as good or better than the original.

in many cases when the heads are clogged Piezo printhead of the Epson desktop printer is expensive to replace, buying a new printer is worth sometimes instead of sending a technician to fix it.

Consequently, the risk of printer is minimal when buying compatible cartridges for thermal printers (HP), as a duff cartridge is unlikely to cause damage to the printer. When it is removed and replaced, clogged head will be discarded and a fresh one installed.

Frequently Asked Question About all In one Inkjet printer.

Most printer ink is made of what is a base of linseed or soybean oil, or a heavy petroleum distillate used as the solvent. This is then combined with pigments to create ink that is designed to dry by evaporation. This base is often referred to as varnish.

What is the difference between inkjet and thermal inkjet?

An inkjet printer sprays liquid, solvent-based ink droplets onto the paper. Colors combine to create the images, and a variety of paper types can be used. Thermal printers apply dry, wax-based pigment to the paper using heat, somewhat like melting crayons onto the paper.

Squid ink, also known as cephalopod ink, is a dark ink produced by squid. It serves as a defense mechanism, helping the animal escape from predators by obscuring their view ( 1 ). … The main compound in squid ink is melanin, which is the pigment responsible for the ink’s dark color. Best Valentine’s Day Gift for Him 2020