Everybody doesn’t have the capacity to buy an AC. To solve this problem air cooler can be the best alternative. Installing a brand new air cooler can help you to survive hot summer weather easily. A majority of the people can’t choose from different types of air coolers. It is important to know about the factors and other important elements that need to be considered before a purchase can be made.

However, in this guide, we will provide you a list of best air coolers under 10,000 instead of walking you through a boring overview of the entire air cooler market. We know you want the one which operates very smoothly and has an economical price tag to it as well.

Though the performance of air coolers is lower compared with full-fledged ACs, but air coolers have made a permanent name and identity in an Indian household.

Let’s see what you need to know before purchasing an ideal air cooler which meets your needs.

Things to Consider Before Buying A Air Cooler

Air coolers are units which appear ‘box-like’ and comprises of a water soaked pads, pumps and a fan. To operate the cooler, you have to fill it with adequate amounts of water. Therefore, when you switch the cooler on, the circulating hot air around the cooler will be transmitted through water-cooled pads. This reduces the temperature of the air by some degrees and then releases the cool air into room surfaces.

Air coolers vary in multiple sizes in order to fit perfectly with the size of the room according to its requirements. Air coolers are being rated according to the cubic feet per minute of air (CFM) or the air delivery.

Before buying, need to calculate the requirements based on your home/workspace with an easy formula.

To demonstrate this, imagine if the room is 500 sq ft and the ceiling height is 8 ft, then 500 X 8 / 2 = 2000 CFM. This means that you will need to look into an air cooler which will output a minimum airflow 2000 CFM. In addition, check into the air delivery details which is being provided with the air cooler before you purchase one.

An air cooler comes with versatile cool features. However, we will provide you the most crucial ones which would be of great use and benefit to you. Furthermore, The best air coolers under Rs 10,000 offer attractive features and effective cooling within a room.

Air coolers use electronic thermostats wherein each model has different fan speeds, pump automatically, and can even switch on/off the fan and

Air coolers which have automatic water level controllers can adjust and monitor water levels in the unit at pre-set amounts. In fact, the controller can prevent water from the connection pipe to flow directly into the cooler tank. As a result, this prevents excessive flooding of waters.

Majority of air coolers use cooling pads which have a honeycomb design. This is because it provides longevity, maximum cooling and a low-pressure drop as well. Also it is necessary to ensure that the pads have the required thickness as well. Typically, it should contain at least 90 mm thick to cool down the air really well.

Air coolers with an adjustable speed feature will provide you to control and adjust the speed according to your preference. Even so, it even aids in controlling the temperature levels if it gets too cold.

This peculiar instrument found on the water tank helps consumers to understand if there is a lot or inadequate amounts of water present in the tank and also saves the consumer from a lot of effort being taken on opening and closing the cooler to check water levels.

These self-activating shut off dampers are basically flaps that open and close the time when fan starts or shuts off respectively. Having this feature ensures coverage of the cooler when it is not used therefore decreases the cooling loss from the air cooler.

There are few air coolers which featured with a timer wherein you can set in a sleep time period on the air cooler unit. Moreover, this feature helpful to those who do not want to keep the cooler switched on during the whole night.

A portable air cooler is a benefit to cherish as it comes with castors designed at the bottom of the cooler. This helps to move the cooler much easier compared to those who do not have the castor feature at all.

Also, you can move this around effortlessly across different rooms using another person as well in order to speed up the process.

The latest and advanced air coolers that available in the market these days definitely come with remote controllers which make tasks more convenient and easier when making use of custom modes.

You can place in the ice cubes at the top tray of the cooler. When the ice starts to melt slowly, the ice water will start to flow towards the water tank and then processed for cooler air.

Most of the people like to state that air coolers tend to take up very less power because it can even operate on an inverter. Air coolers can be operated in very less electricity output such as 120 to 180 watts. For example,  if the fan and lights take up to 200 watts, so having a 600 VA inverter is adequate enough for operations. Even so, purchasing a 900 VA inverter is more than what is necessary.

When the water level will be reduced below a certain level/pre-set value, then you will be notified by hearing an alarm which shows low water levels and that needs filling. This feature is extremely useful as operating an air cooler without sufficient water levels can reduce the capacity of the motor in the air cooler. However, this feature is found available only in high pricey or expensive coolers in the market.

As you have seen above that having sufficient water levels in an air cooler is important. However, recently, there has been a new invention in the air cooler industry. There were some intriguing statements on air coolers operating without the use of water. If this was the case, then there will be no requirement for a huge water tank along with an additional water motor and the feature makes it really economical in the long run.

Apart from all these great benefits, if you live in an area where water is scarce, then this feature becomes really useful. Along with, it works by exerting air from a large area to a tiny exit and due to the change of pressure, you would get access to cool air.

The air cooler is literally not a good combination for these units and high humid areas to work properly with each other. If you have an air cooler at home, try to place some ice cubes in the ice cube tray or even ice water to the water tank. Currently, there are many models which comes with the “humidity control” feature. However, based on some researches, there is no clear evidence which states that the “humid control” feature works efficiently if used.

You can use the best coolers under Rs. 10,000 in humid areas as well but we recommend to stick to non-humid areas in order to utilize its maximum potential and not to damage the unit in the long run. 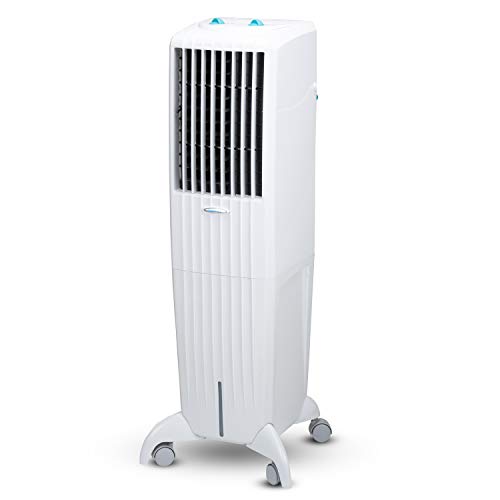 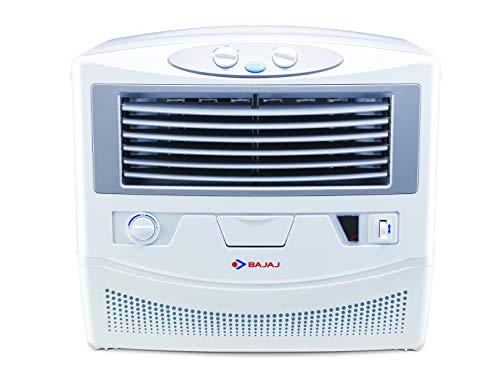 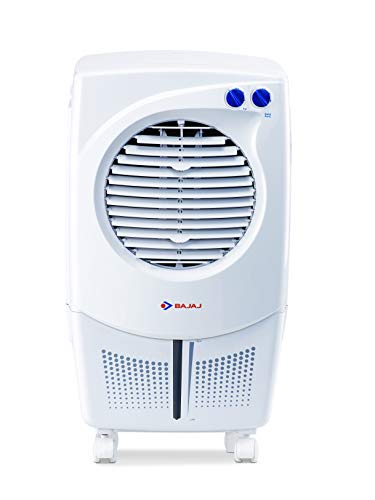 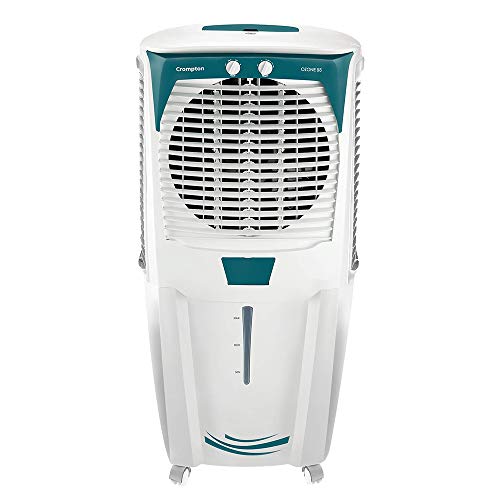 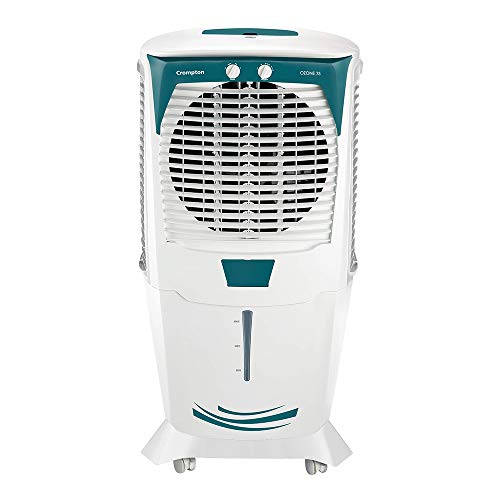 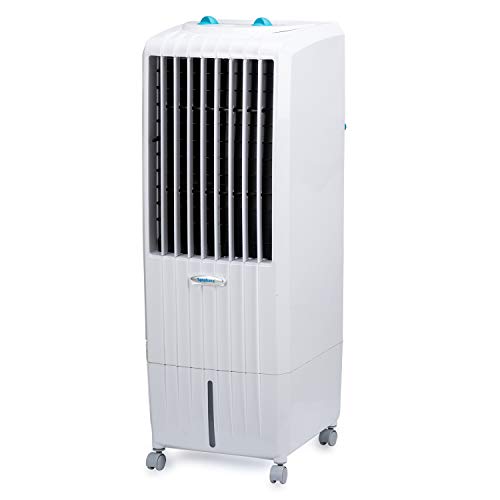 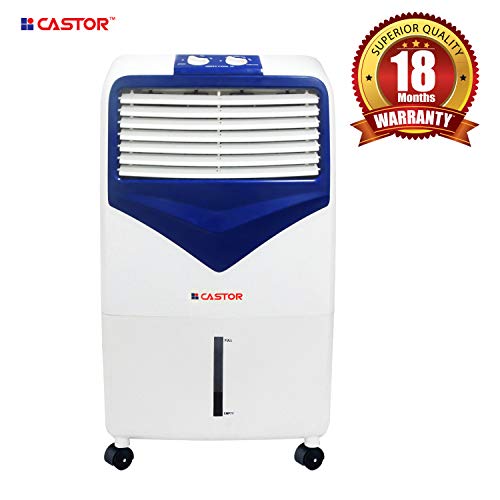 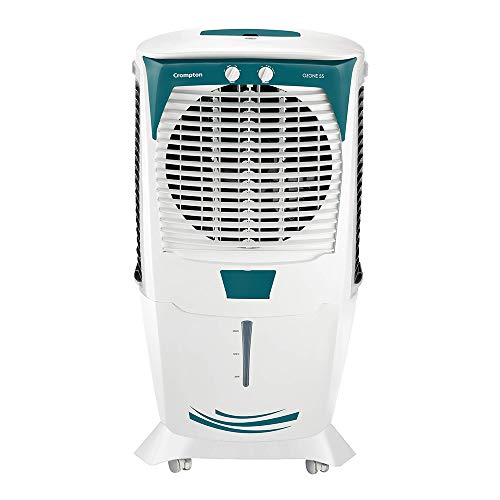 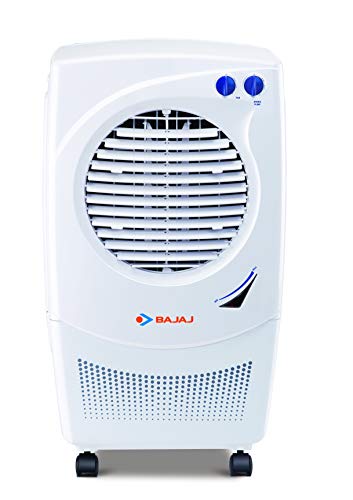 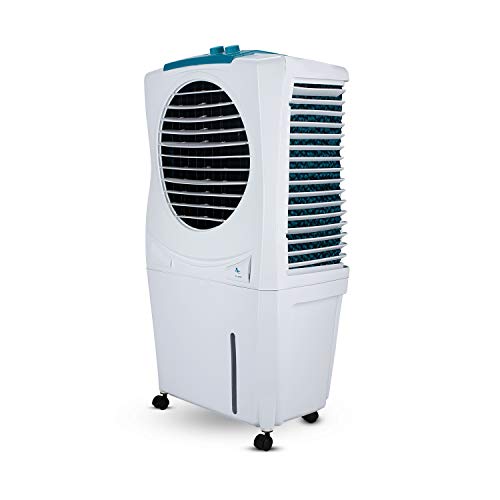 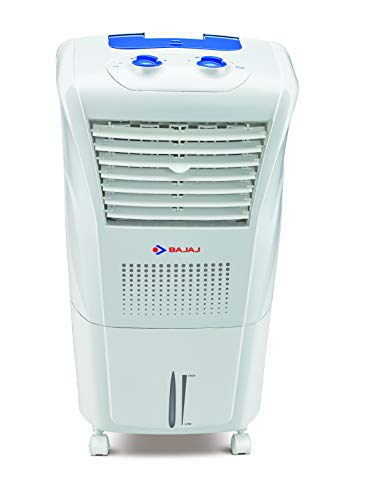 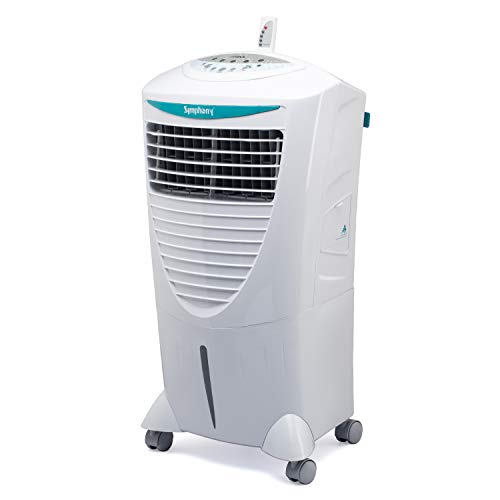 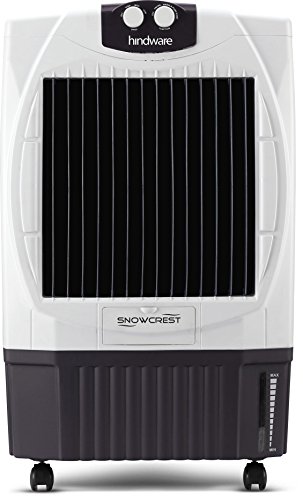 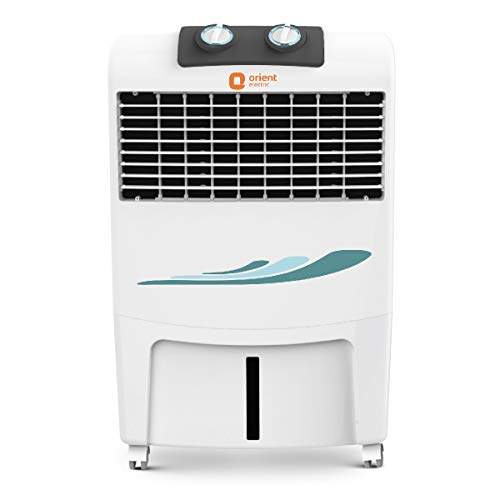 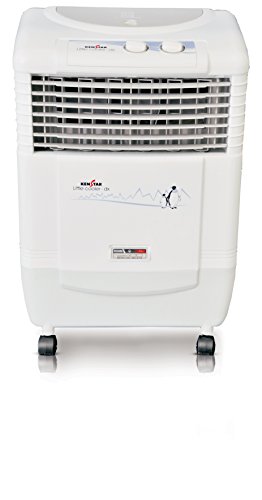 Operating an air cooler is actually not so difficult as it does not cost much to invest and saves you the cost of electricity consumption as well.

In comparison with air conditioners, air coolers do not make the neighbouring environment hot.

Keeping an air conditioner in huge halls is costly. Moreover, you need to purchase a 2 ton AC unit to cool a huge halls. This can cost up to Rs. 60,000. Air coolers are a much cheaper alternative compared to ACs in general.

Air coolers deliver fresh quality air which is combined with cool water along with it is more nature-friendly.

Air coolers are even portable. You can locate their air coolers from one room to another one with ease due to the sleek wheels built underneath.

Well, apart from the advantages of air coolers, there are some few disadvantages which are found in air coolers.

In order to use properly the air cooler, you would need to fill water in the water tank. This is a constant and continuous job which needs to be done every night. Most of the people finds the task tedious and irritating. If you happen to live in a water drought area, this can be much worse

Air coolers can not work much effectively near coastal locations and high humid areas. This is due to air coolers which deliver water in the neighbouring air and cools down the atmosphere. When the air is found in a high humid atmosphere, it cannot take in additional water, therefore, air will not cool down much.

Air coolers are meant to be very loud because both the fan and motor runs at the same time.

There are two types of air cooler. The desert cooler and room cooler.. Both types of coolers work in the same way.

It takes in the air from outside and is usually fitted outside of the window. The Fan in Desert cooler is worked as an exhaust but it requires more power, water, and space compared to room air coolers. If you are looking for an air cooler which can combat extreme heat, then the desert cooler will be an ideal option.

It is less powerful than the desert cooler. It is placed on a trolley for moving it around and is kept inside the room. The air is forced out by the fan in this cooler. The Room cooler is suitable for small rooms and this type of air coolers are generally used in households

Yes, air coolers are absolutely worth buying. Evaporative air coolers use a fan to draw in warm air of the room, where it passes over water-moistened pads. Then evaporative coolers release this cool moisturized air into space. ​

Yes, the air cooler is good for health, as it can control the temperature of room precisely and it uses only water and air. So air coolers are good for our health through their natural cooling.

A residential cooler usually decreases the temperature of air to within 3 to 4 °C (5 to 7 °F) of the wet bulb temperature.

Steel body air coolers are way effective in comparison to the plastic body air coolers because they come with bigger cooling pad area per cooler. It’s possible to easily feel the difference as the temperature touches 45°C. Best All In One Inkjet Printer In India| Review & Buyer Guide