The market is full of various types of refrigerants but R32, R410A, R22 and R290 are the most common practice to be used in filling or refilling of air conditioner. Air cooler-Conditioner Refrigerants comparison between R32 vs R410A vs R22 vs R290 lets you know what refrigerant is the best one and what to use for saving electricity and getting better cooling.

There are four most common types of Refrigerants are used in our history of AC. They are

Refrigerant of an AC:

The refrigerants of air cooler or air conditioner can be in gas, fluid and liquid form. The prime aim of them is to make air conditioning possible. They are captured in the copper pipes or coils of the air conditioner to dehumidify interior air of the room. The prime aim of refrigerants is to capture heat from the room or contents of refrigerators and throw the heat out. It undergoes changes from liquid to gas and again back to liquid. What refrigerant is the best one depends on the thermodynamic properties, safety and non-corrosive nature. CFCs are the most common fluids being used in 20th century for cooling purposes.

In most of the air conditioners of today, hydro fluorocarbons are being used up to 50% air conditioners. These are a bit better than chlorofluorocarbons because they have potential not to harm ozone layer. Well, they have chlorine in them which is dangerous for green environment. Most of the governments are trying to replace that refrigerant too. R22 is the most common example of hydro chlorofluorocarbons but going to be soon left out within next few years in some countries.

Ozone layer depletion is the prime concern of refrigerants and the companies are developing day by day. Now-a-days, R-32 and R410A are much better in energy efficiency and global warming but still they have chlorine in them. All HFCs have chlorine in them which is harmful for the green environment. The R22 was used in the past and commonly known as Freon. This gas was listed in hydro chlorofluorocarbon and was discontinued using it. It contributes a great deal in ozone depletion. Commonly, now-a-days, it is not used in these days because of its harm for ozone and green environment. You Can buy R22 Gas From here. 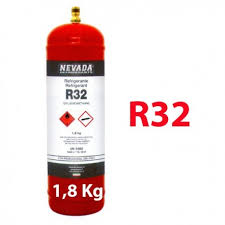 The R32 refrigerant has one third global warming potential. It is easy to recycle and reuse it. The properties show that it is mildly flammable and no possibility of combustion lies in it. The mechanic should be specialist in handling and installation of it and should be certified. It is commonplace that this gas is the best one for air conditioner. Refrigerant R410A is the much better refrigerant in the market to use as it is environment friendly and contains less harm relatively other refrigerants. It is also energy efficient and good for air conditioners. R410A refrigerant contains chlorine in it and also adds a great deal in global warming.

This refrigerant is commonly known as Puron and it is hydro fluorocarbon. It is not harmful for ozone layer. In the United States, this gas is being used in most of the air conditioners in residential areas. It is also advisable to check whether it has R410A in it, if you’re going to purchase new air conditioner. 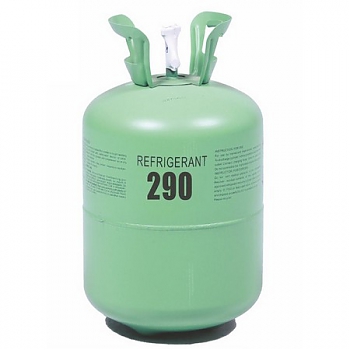 This gas is hydro carbon and its chemical name is Propane. This gas is completely halogen free and ozone depletion is zero. It contains high energy efficiency. One caution is necessary to remember that this gas is highly flammable as it is hydrocarbon. This refrigerant is the trend of the day and being used in all the markets. It harms green environment very less than expectations.

All these refrigerants being used in the market but everyone have its own specifications with the passing time. The passage of time kept on showing new specifications and the main concerns of air conditioner or air cooler refrigerants are the ozone layer depletion and global warming.

The difference between R22 and R410A refrigerant.

While you decide to choose the air conditioning unit, you will be required to put in to consideration some few aspects one of it is will be the type of refrigerant it uses. The main ones will be -22 and R-410A which are also known as Freon and Puron respectively. These both types of refrigerants are not interchangeable within a system. So it’s important to be careful while choosing and ensure that you   choose the correct one before you buy the system. The two refrigerants have other two major differences as discussed below.

This type of gas is commonly referred as Freon. This type of gas is basically among the top brands. The R22 is no longer used for installation of the new AC system as before. The gas was discontinued after being listed among the listed hydro-chlorofluorocarbon (HCFC). The gas has been shown to be a contributor to ozone depletion. Therefore it’s very clear that, in case you have a new system you will not use Freon or R22. This is because it’s very harmful to the environment.

Beside R-410 proving to be better in ozone layer, the gas is well known in providing a better overall operation. The gas eventually absorbs and releases the heat better than R-22.this helps the compressor to run cooler and prevents overheating. In addition to that, it works at a higher pressure. This enables the compressors in the unit to handle more stress hardening it and preventing it from easier breakage s developing cracks. The systems that use R-410 also use synthetic oil for lubrication unlike the R-22 systems that uses mineral oil. The synthetic oil id more soluble, this makes the whole system more efficient and very effective. Therefore we can conclude that the R-410 works better and more efficiently than the R-22 and it has more efficient systems.

Some companies have not given up thus moving ahead and coming up with new systems enable they continue using R-22 in the new systems. They have come up with new ways   by producing dry charging units. This unit doesn’t have the refrigerant installed at the factory. Thus, you will have to engage a technician to charge the unit at home. The dry charge unit is not long lasting.

When it comes to decision making between the Freon and Puron, always ensure you get the one that has R-410A for a better of the two and efficient system which is also helpful to the environment.

R32 is the trend of the day in India and most of the companies are using it. Its global warming potential is 675. Both these refrigerants have zero ozone layer depletion but R410A has 3 times higher global warming potential than R32. R32 is also energy efficient. R32 is being used in renowned companies’ air conditioners like Daikin, Mitsubishi, Fujitsu, Panasonic, Toshiba and Gree. R410A is good refrigerant but not too good like R32. R410A is combination of two refrigerants like R125 and R32.

Selecting R290 can save our environment and can be our future security. Our next generations are looking towards us but if we’re increasing global warming and ozone layer depletion, what are we leaving for them? What we need to do is, we should use R290 as it is the ideal refrigerant for future security and would enhance our steps for our futures.

Is It Possible To Upgrade The Refrigerants?

R-22 is the old refrigerant in your AC which is hard to renew because of the following reasons:

Yes, it is a danger the severity depends on the refrigerators gas which used. It will Harm to the environment, a risk to humans and also harm to your AC. If it seems like leakage then repair it immediately. You check if gas is leaked you can use Leak Detector Refrigerant Gas Leakage Tester HVAC Air Condition, It Detects Leakage of R22 R410A R134A CFCs HCFCs HFCs Detects High Accuracy.

All this comparison, properties and specifications of all the refrigerants unleash that R290 is the recommended refrigerant of the day and should be used in the upcoming years. While going to purchase new air conditioner, be focused on reading the label where refrigerant R290 is written, if not, don’t accept it, for the security of future generations. Why not, go ahead now and purchase air conditioner with only R290 refrigerant.

Demand for Air Conditioners would triple by 2050!